10 Things We Loved About The Royal Wedding 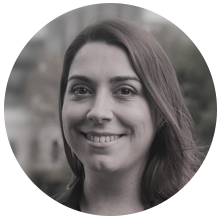 We all swooned as Harry visibly lit up at the first sight of his Bride. As she reached his side at the altar, he leant in and whispered, “you look amazing.” 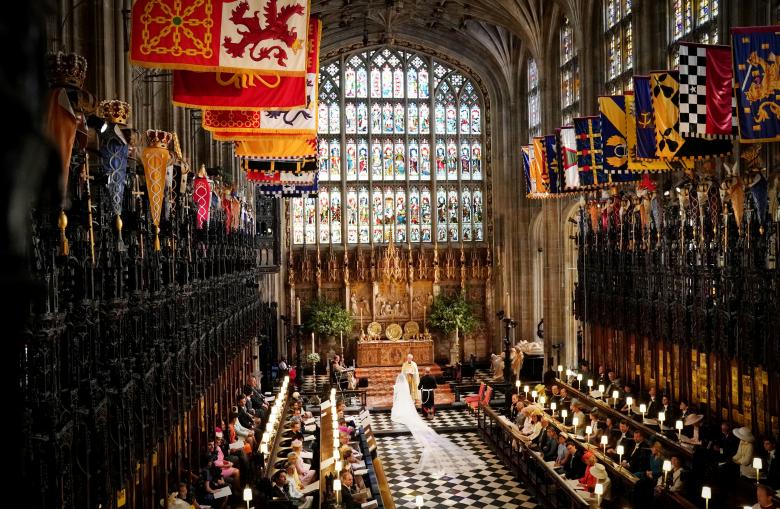 Unless you’ve been on a desert island for the past year, you’d know that Saturday was the wedding of Prince Harry and Meghan Markle, in a beautiful ceremony at Windsor Castle. The two, now formally known as the Duke and Duchess of Sussex, wowed their guests and the world at large (there was an expected audience of two billion tuning in to witness the nuptials!) with their elegant and highly personalised service.

Here, we’ve rounded up our 10 favourite things about the Royal Wedding. From fashion, to florals, to food, there was something for everyone to fall in love with.

Guests began arriving for the ceremony from 10am, two hours before the ceremony’s start time. While the popular colour of choice was midnight blue, our standout outfit of the day was worn by Amal Clooney. She wore a stunning bright yellow dress designed by Stella McCartney.

Serena Williams also looked sensational as she arrived at the wedding in a soft pink dress by Versace and complementing fascinator.

Bridegroom, Prince Harry and Best Man, the Duke of Cambridge’s camaraderie was clearly visible during their arrival to the venue and wait for both the Queen and Bride’s arrivals. We’ve loved watching the young Royals growing up together, and to see them remain so close is heartwarming.

William was clearly relaxed and doing his best to calm his younger brother’s nerves. Both men looked as dashing as ever, sporting their Blues and Royals frockcoat uniforms. Fun fact – Harry had to request the Queen’s blessing to keep his facial hair for the day – it is generally frowned upon to not have a clean-shaven face when in military uniform! The couple chose Philippa Craddock to design and create their wedding flowers, for both the ceremony and the lunch reception at Windsor Castle. The florist succeeded in setting the scene, softening the Gothic architecture of the building for a more celebratory atmosphere.

Grand floral archways were installed at the west door at St George’s Chapel, as well as the threshold into the Quire. Branches of beech, birch and hornbeam featured, as well as floral arrangements with white garden roses, foxgloves and peonies. One of the most anticipated moments of the day was of course, the arrival of the Bride. Megan stepped out from the car that delivered her to the venue in a pure white, boat-neck gown designed by French fashion house Givenchy. Her relatively modest train was offset by an elaborate five-metre veil, featuring florals from all 53 countries of the Commonwealth.

Megan’s fresh and dewy makeup allowed her beautiful freckles to shine through. Paired with a casual up-do hairstyle and Queen Mary’s Diamond Bandeau tiara, on loan from the Queen, Meghan’s style was elegant, understated yet breathtaking, and will no doubt be recreated by many brides around the world over months and years to come.

5. The children who stole the show

The Bride and Groom chose a selection of four pageboys and six junior bridesmaids to follow Meghan down the aisle. Amongst the cherubs in attendance were Prince George and Princess Charlotte, godchildren and children of friends close to the couple.

We loved this pageboy’s unbridled excitement, captured as the Bride was waiting to begin her walk down the aisle.

Princess Charlotte, who has shown a penchant for public attention, was adorable as she waved off the newlyweds as they began their procession through Windsor in the Ascot Landau carriage.

6. Untraditional walk down the aisle

Following the last minute withdrawal of Meghan’s father from attending the wedding to give away his daughter, the Royal Family quickly enveloped their newest family member into the fold, with Prince Charles stepping up to walk his (almost) daughter-in-law down the aisle.

Meghan stuck to her original plan of walking alone for the first half of the procession, being greeted by Charles as she entered the Quire. We were charmed by Charles’s paternal affection towards Meghan, as well as his kindness towards Meghan’s mother, Doria Ragland, taking her hand to sign the wedding register, and also accompanying both his wife and Doria as they exited the Chapel. And can we just say – how moving was Doria’s obvious pride for her daughter, which shone throughout the ceremony?

We all swooned as Harry visibly lit up at the first sight of his Bride. As she reached his side at the altar, he leant in and whispered, “you look amazing.” Throughout the ceremony, the pair held hands more often than not, and their stolen gazes towards each other throughout the service was heartening. And the way he removed her veil, ever-so-gently? Sigh.

Stepping gently away from Royal wedding tradition, Harry and Meghan’s service incorporated a performance by Karen Gibson and The Kingdom Choir, who sang Stand By Me. If you weren’t already in tears by this point, there was certainly not a dry eye remaining among the guests once this historically significant piece came to a close.

We’d be remiss to not also highlight the moving performance by royal wedding cellist, Sheku Kanneh-Mason. The 19 year old BBC Young Musician of the Year Award winner was requested to perform by Meghan personally. His performance, made during the bridal party’s signing of the wedding registry, was simply breathtaking.

9. The first kiss. And the second!

The moment we were waiting for came unannounced – the first kiss. Once the newlyweds arrived at the west entry to the Chapel, ready to descend the stairs and begin their procession through Windsor, they lovingly embraced and the crowds went wild.

We were treated to an additional cheeky kiss that the couple stole whilst riding in the carriage towards the reception. A fairytale moment in time, and an image the world will recall for decades to come.

Whilst the procession through Windsor ended the public component of the Royal wedding, we’ve since been shown the delight that was Harry and Meghan’s organic lemon and elderberry wedding cake. The three-tier sponge crafted by Violet Bakery was too heavy to stack, so instead was displayed with each tier resting on ornate golden goblets.

A huge thank you to Lee Du Plooy for her input into this article! 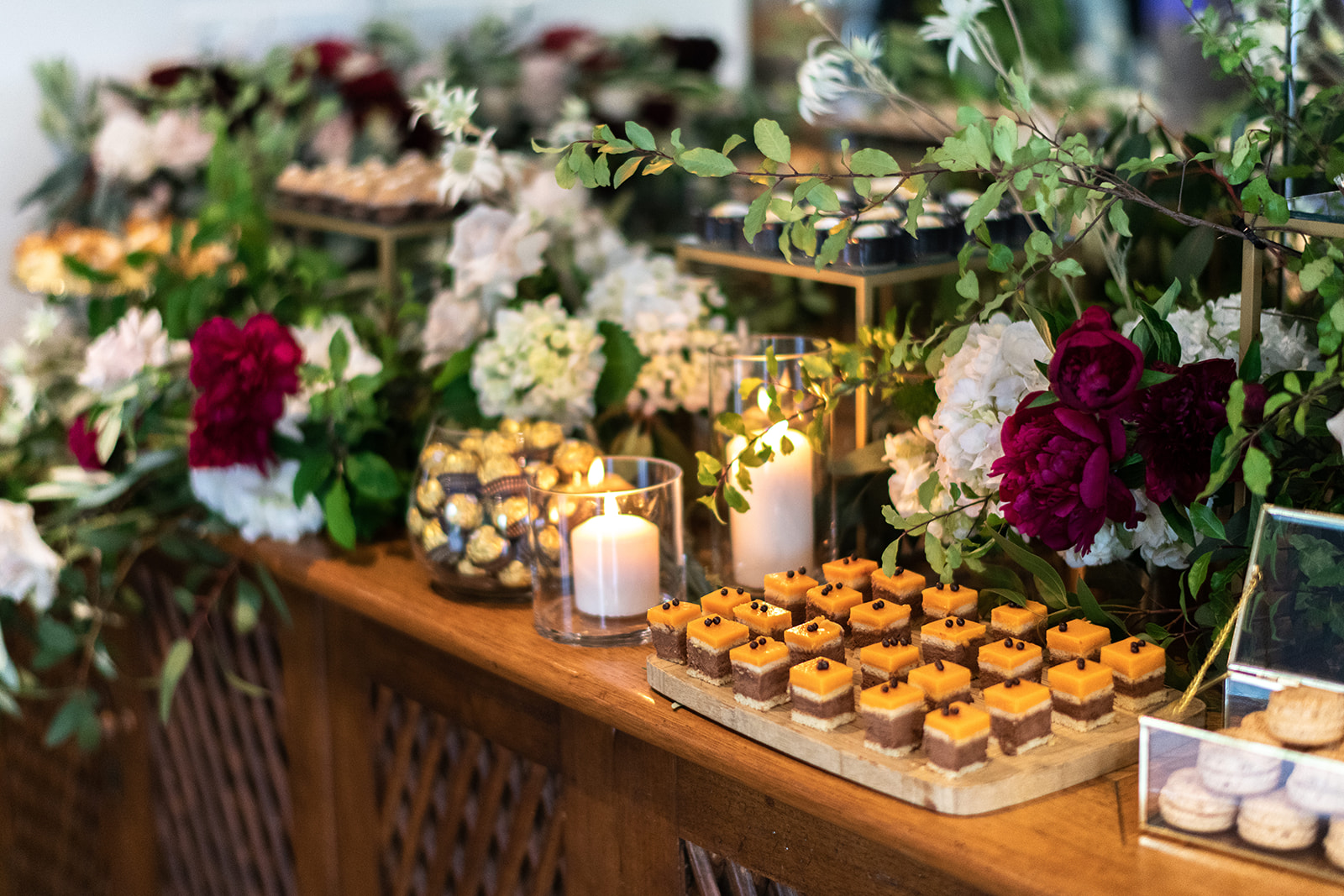 Do I really need an event planner? Why professional help is always a good idea